30x165mm is an ammunition designed originally for BMP-2 main gun caliber of 30x165mm, however the compatibility has been ensured for all - 2A38, 2A42 and 2A72 guns. It is an ammunition designed for light target engagement with wide variety of use depending on the used type. MSM Group currently offers its customer wide range of 30x165mm ammunition with the following types – HE-T – with High explosive filling with blast and fragmentation effect, AP-T – with armour piercing projectile capable of penetrating light armour, HEI-T – with high explosive filling with blast, fragmentation and incendiary effect, APHC – with armour piercing tunksten hardcore projectile capable of increased penetration medium armour and HE-T Practice – with high explosive filling but with self-destruct function ensuring mitigation of collateral damage in case of misfire. Our 30x165mm ammunition has been supplied to more than 12 countries around the world and MSM Group being one of the few companies producing such ammunition within NATO and EU territory ensures maximum quality of production. 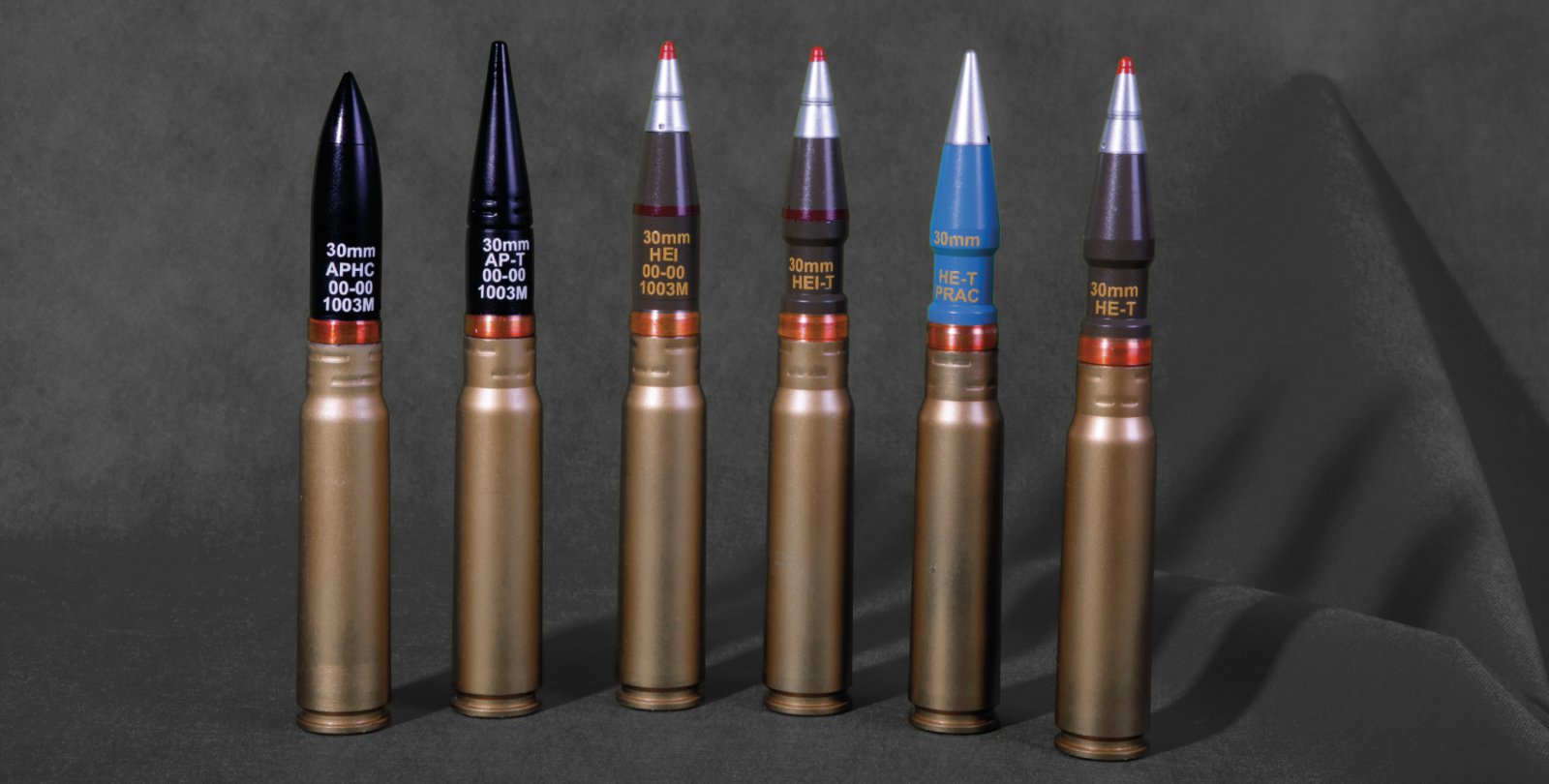