122 mm HE rocket and 122 mm HE rocket with extended range were developed for 122 mm MLRS (multiple rocket launcher systems) BM-21 GRAD and RM – 71, but can be used with any equivalent rocket launcher of similar design and characteristics. The HE rockets are intended for use against enemy manpower in the open and in field shelters, for making passages in minefields and communications lines, against hostile artillery and for destruction of armoured materiel.

MSM offers its customers standard 122 mm HE rocket with 20 km range as well as 122 mm HE rocket with extended range to 40 km. All of our rockets are supplied with MRV-U fuze which is the standard fuze compatible with “GRAD”.  The fuze is nose, mechanical, point detonating with selectable SQ or delayed action. The warhead has internal part with iron prefabricated fragments to higher fragmentation effect. Our 122 mm rockets have been supplied to more than 8 countries around the world and MSM Group being one of the few companies producing such ammunition within NATO and EU territory ensures maximum quality of production. 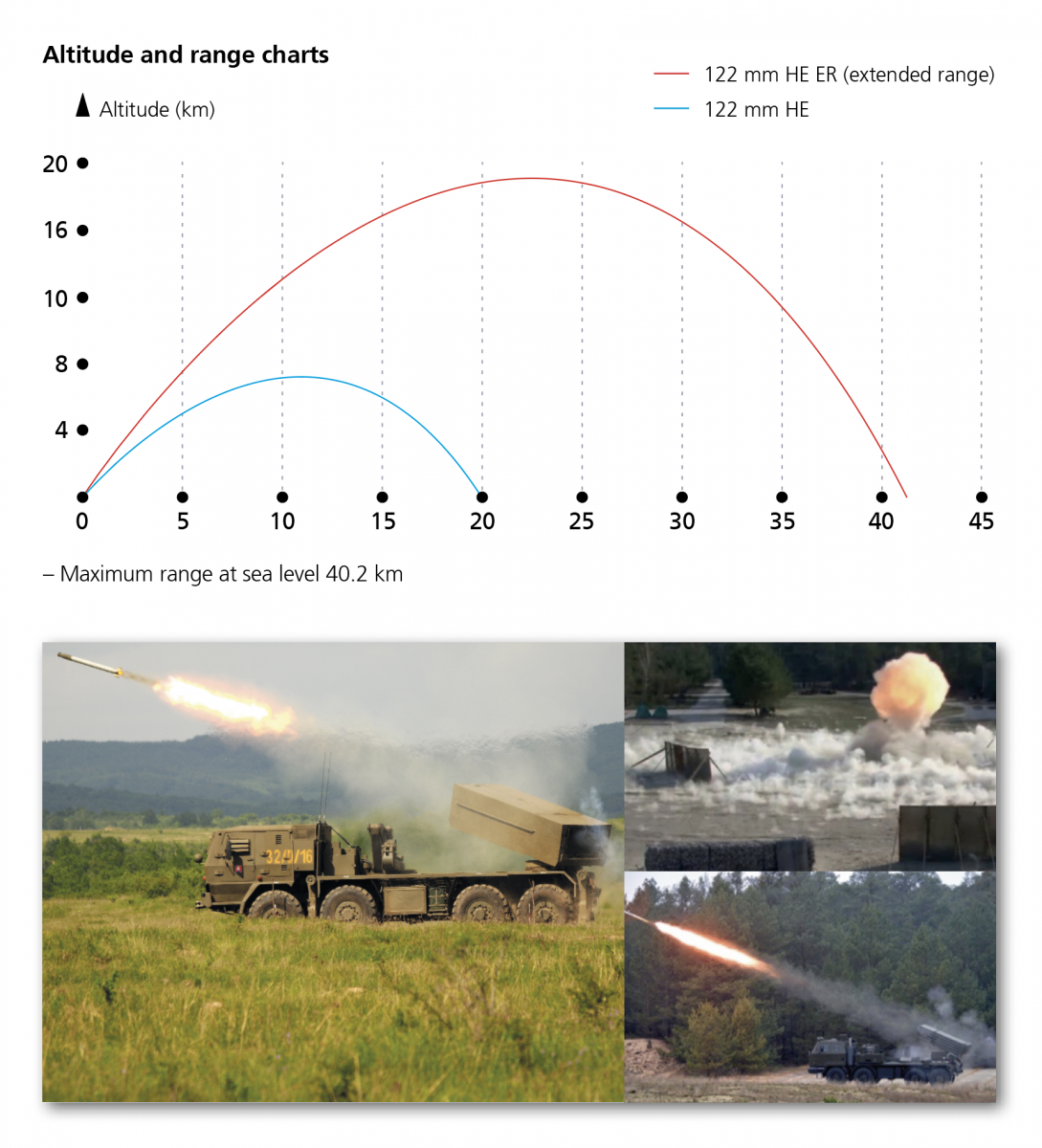