The 125 mm ammunition is designed for 125 mm smoothbore guns D-81 (2A46) and their modifications, usually used like main tank guns on tanks types T-72, T-80 and T-90. The semifixed ammunition consists of projectile and semi-combustible cartridge.

We offer the 125 mm ammunition with following types of projectiles

HE – standard high explosive charge with blast and fragmentation effect

BLANK round – used for training of the personnel – loading, handling and firing with small danger area

Our 125 mm ammunition has been supplied to more than 11 countries around the world and MSM GROUP being one of the few companies producing such ammunition within NATO and EU territory ensures maximum quality of production. 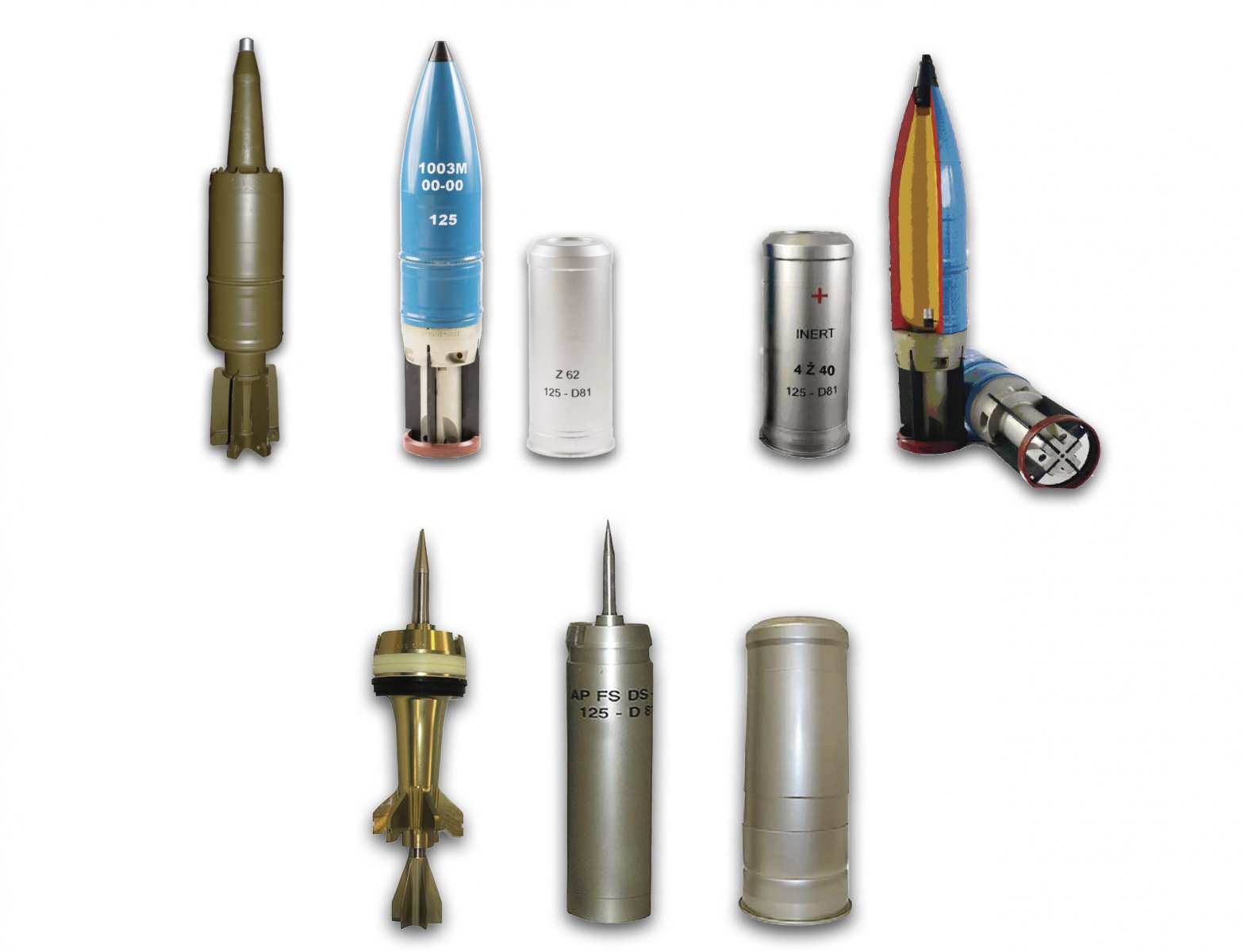 All 120mm rounds use a common combustible case that structurally combines the ammunition‘s components prior to firing and is completely consumed during firing. The combustible case is the primary reason for the superior interior ballistic performance of the 120mm ammunition. This breakthrough in cannon ammunition technology allows both a greater chamber volume for the propellant and a higher working chamber pressure, thus giving the rounds greater muzzle velocities and higher ballistic efficiencies.
The combustible case also minimizes round weight and, because the metal base is the only element ejected, the amount of spent cartridge case material and propellant gas within the tank is greatly reduced.
While the combustible case is thoroughly consumed during firing, further assurance of a clean tube and chamber for each successive round is provided by a cannon bore evacuator. The evacuator functions as a large vacuum device, sweeping all portions of the barrel interior free of the most minute particles. All 120mm rounds have a propellant containment device that prevents propellant spillage if the combustible cartridge case is damaged.
The 120mm smoothbore cannon system was developed by West Germany for the Leopard II tank.

The ammunition produced by both countries is interoperable and interchangeable between the Abrams and the Leopard, thus ensuring maximum commonality within the NATO community.

This cartridges is used for 106 mm guns (M40A2 and M40A1C recoilless rifles). It is used for firing and aiming practices.

Designed for use 106mm Recoilless Rifle, MSM GROUP has developed rounds for the in-service weapons. These rounds can be fired using the existing fire control systems. The range currently includes the standard M344A1, TP M34V, HESHP-T round, which is fitted with a dual safety fuze for improved handling and transport safety. 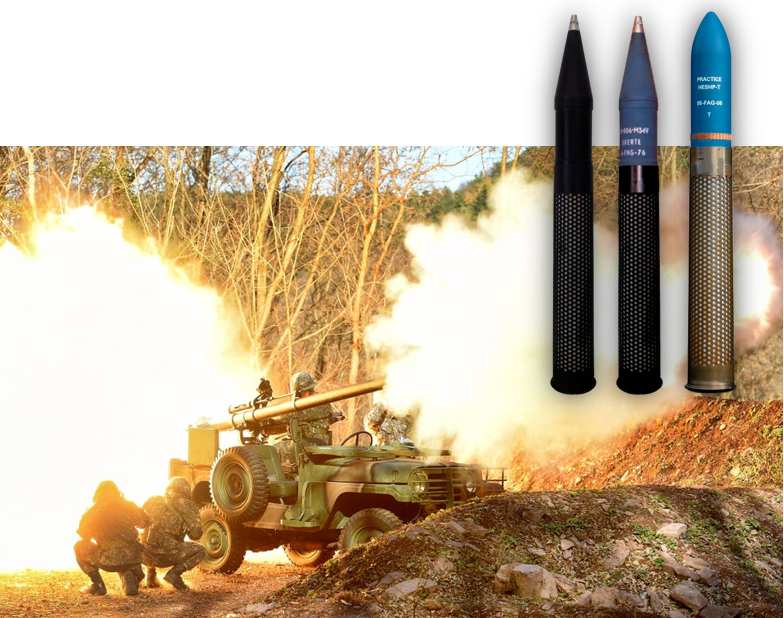 MSM GROUP offers wide variety of 105 mm ammunition for maximum flexibility and user comfort during training and operational use.

All 105 mm rounds intended for firing from all the guns included in the STANAG 4458.

This cartridges are a high explosive antitank cartridge and is intended for use in 105mm guns against armored targets. It has a dual role capability in killing dismounted infantry by blast and fragmentation and in destroying lightly armored and non-armored vehicles and bunkers. 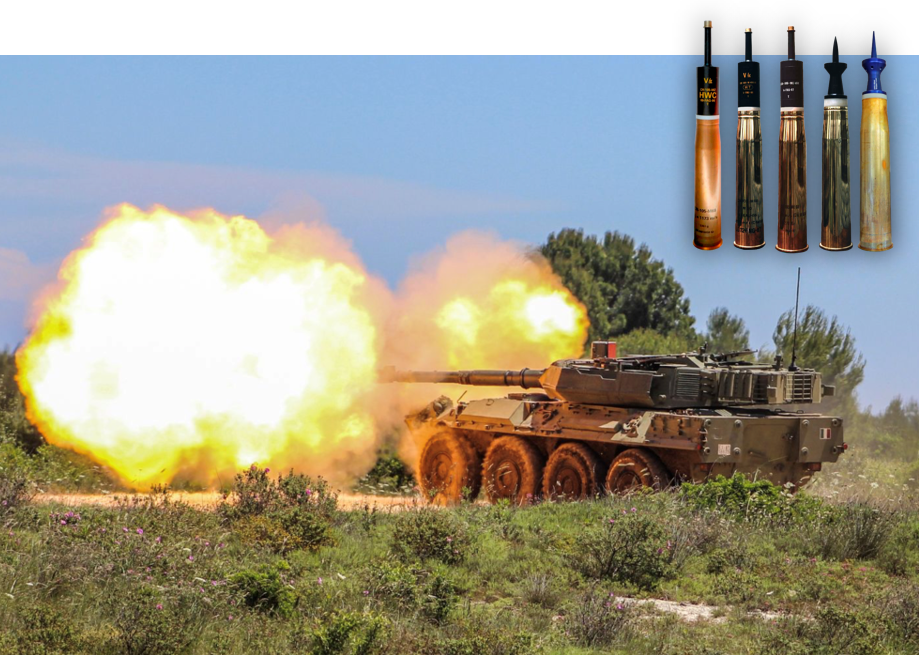